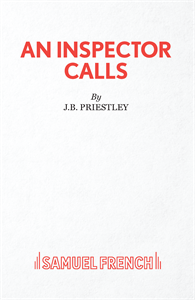 Priestley's classic play stands as a metaphor for our own failure to accept our responsibility to others.

Priestley's classic play of the believable middle-class Yorkshire family called to account for its moral crimes by the enigmatic Inspector Goole stands as a metaphor for our own failure to accept our responsibility to others.

Stunningly revived by the Royal National Theatre in 1992, the production transferred to the West End the following year.

An Inspector Calls was first performed in 1945 in the USSR in two theatres (Kamerny Theatre in Moscow and Comedy Theatre in Leningrad).
The play had its first British production in 1946 at the New Theatre, London.