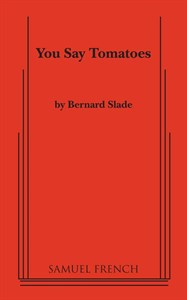 Will amuse audiences for seasons to come.

This laugh filled comedy by the author of Same Time, Next Year explores differences in British and American attitudes and manners that surface during an unlikely romantic liaison.

Libby Daniels, a New York film producer, hopes to revive her fading career by acquiring the movie rights to Giles St. James's popular British mysteries. She tracks down the reclusive, eccentric writer, only to discover that he loathes Americans as much as she dislikes the British. Even so, romance blossoms until Libby's assistant causes a shattering misunderstanding that sends Libby back to the states. Giles follows her to New York where they form an uneasy professional partnership that is constantly threatened by their growing mutual attraction and by Giles' outspoken opinions on American life. A surprising incident finally brings them together.
REVIEWS:

Will amuse audiences for seasons to come.