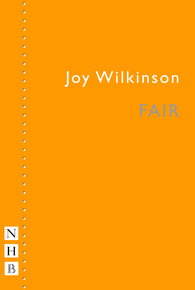 A powerful drama about the potent appeal of far right policies to young people in the UK.

A powerful drama about the potent appeal of far right policies to young people in the UK.
Melanie meets Railton upside down on the Revolution ride. A spin on the waltzer, some chips and a spliff, and it goes off like fireworks... until she discovers his politics, and the relationship implodes. What is turning young people to the right? How and why are the BNP managing to recruit? Fair confronts the racism brewing in Britain's northern towns and beyond.
Joy Wilkinson's play Fair was first performed at the Finborough Theatre, London, in 2005, and then at Trafalgar Studios in the West End in 2006.
REVIEWS:

"With its thought-provoking politics, warm-hearted humanism and ideas about English identity, this is an evening that's as near bliss as you can get."

"Thoughtful without resorting to blunt polemic, exciting without becoming sensationalist - quite a ride."