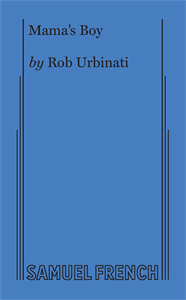 "Mama's Boy is a gripping family drama that illuminates history by adding a touch of humanity."


The riveting story of Lee Harvey Oswald and his complex relationship with his overbearing mother Marguerite, Mama's Boy follows Marguerite's reckless attempts to reunite her family, from Lee's return to the U.S. from Russia, through the assassination of Kennedy, to her son's own murder and her defense of his innocence in the months that follow.

A fascinating examination of family dynamics and obsessive maternal devotion played out in the shadow of history.
REVIEWS:

"Like the best historical drama, Rob Urbinati's Mama's Boy does not get bogged down in the facts of history, but rather finds in the past that which is human and timeless. The result is a moving and compassionate portrait of lives regularly flattened out and simplified by history's narrative."

"Mama's Boy is a major new work that deserves a wider national, even international audience. Urbinati's is a dramatic voice that speaks with the fire and eloquence of some of America's great masters -- reminiscent of Tennessee Williams, Arthur Miller, Eugene O'Neill -- and yet resonates with an originality all its own. Though the play is rooted in history and evokes indelible memories in the communal consciousness, it is less about the tragic events of 1963 and more about the personal relationships of four damaged individuals desperately seeking some connection and meaning."

"Mama's Boy achieves its goal -- to be both a provocative study in familial disharmony and a startling consideration of domestic events behind a national tragedy."

"There's nothing like a mother's love, and this startling and brilliant telling from her point of view is full of love, even as it chills the blood."