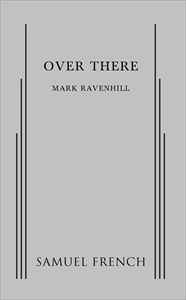 
A programme text edition published to coincide with the world premiere at the Royal Court Theatre, London, on 25 February, 2009.

When Franz's mother escaped to the West with one of her identical twin boys, she left the other behind. Now, 25 years later, Karl crosses the border in search of his other half. As history takes an unexpected turn, the brothers must struggle to reconnect. Mark Ravenhill's visceral new play examines the hungers released when two countries, separated by a common language, meet again.
REVIEWS:

"In chilly, bizarre scenes of strikingly spare dialogue, Ravenhill deftly conjures a succession of meetings between the men over five years -- before, during and after the fall of the Wall."

"Slowly, Ravenhill uses [the actors] to reveal differences in their cultures and outlooks, each protective of his own country, while inquisitive about the alternate life that could so easily have been his own."

"For a play that is brash and flashy in many regards, its beauty lies in the subtle way that it builds emotion and tension. Through the twins, Ravenhill masterfully traces the virulent euphoria of the fall of the Berlin Wall, the initial fascination with the 'other' who is at once deeply familiar and entirely alien, and the gradual souring of a relationship that becomes fraught with jealousy and resentment."

Premiere Production: Premiered at the Royal Court Theatre in 2009.