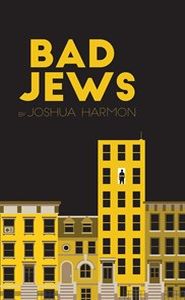 A fierce, biting comedy about family, faith and what you choose to believe, when you're chosen.

The night after their grandfather's funeral, three cousins engage in a verbal (and sometimes physical) battle.

In one corner is Daphna Feygenbam, a "Real Jew" who is volatile, self-assured and unbending. In the other corner is her equally stubborn cousin Liam, a secular and entitled young man, who has his shiska girlfriend, Melody, in tow. Stuck in the middle is Liam's brother, Jonah, who tries to stay out of the fray.

When Liam stakes claim to their grandfather's Chai necklace, a vicious and hilarious brawl over family, faith and legacy ensues.
REVIEWS:

"There's nothing like a death in the family to bring out the worst in people. This unhappy truth is displayed with delectably savage humor in Bad Jews, a zesty play by Joshua Harmon...[that is] THE BEST COMEDY OF THE SEASON."

"Watching Bad Jews, you may change your mind about who the title refers to. But you'll also be consistently impressed by this fast and funny, pungent and poignant comedy by Joshua Harmon."

"[In] Joshua Harmon's strikingly perceptive comedy with claws, Daphna is one of the most memorable characters to come down the pike in some time. Harmon's biting script, which unfolds in 100 minutes of real time...marks him as a new theatrical voice to be reckoned with."

"One of the funniest things on the New York stage right now...[Harmon] has given us a gleefully funny, thought-provoking evening."