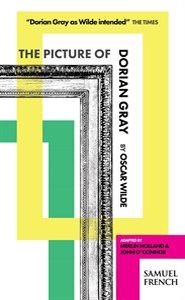 Picture of Dorian Gray, The

"There is something fatal about a portrait. It has a life of its own."

Set in the decadent world of Victorian London, a beautiful young man called Dorian Gray becomes infatuated by the exquisite portrait that Basil Hallward has painted of him. He makes a Faustian pact that the picture will grow old while he remains forever young.

Oscar Wilde's only novel caused an immediate scandal when it was first published in 1890 and its themes of youth and decay, innocence and corruption, art and reality are even more relevant to us in the 21st century than in the 19th.

"Tribute needs to be paid... to the skill of the adaptation, carried out with scrupulous care  by Merlin Holland, Wilde's grandson, and John O'Connor. Crucially they have gone back to the original texts of both magazine and (longer) published novels and reinstated several key lines."

The play was first presented at the Queen's Hall Arts Centre, Hexham on 8th April, 2015 before touring to 45 venues all over the UK and ending at St. James Theatre, London on Saturday, 20th June -- 125 years to the day that The Picture of Dorian Gray was first published in Lippincott's Magaizne.