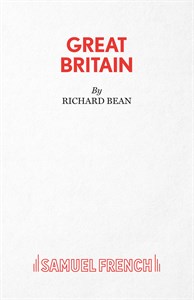 Richard Bean's fast and furious new play in an anarchic and foul-mouthed satire about the press, the police and the political establishment.

Paige Britain is the ambitious, morally-bankrupt young news editor of The Free Press, a tabloid newspaper locked in a never-ending battle for more readers.

But when Paige starts living as a self described "super hero with special powers," after discovering the benefits of illegal phone tapping, she risks putting herself and the many people around her into murky, morally dubious and dangerous territory.

"Astounding. The most detailed stage satire I have ever seen."

"Laughter-making on an industrial scale. The NT is on exhilarating and exemplary form."

"It's a loud, rambunctious, fast-moving and foul-mouthed entertainment packed with lurid characters and vulgar jokes. And if one joke doesn't work, another will be along two seconds later. Never has corruption been this funny."