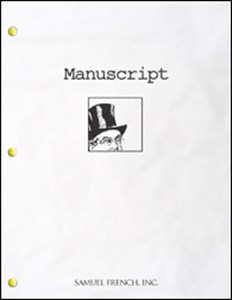 Based on the play Breath of Spring by Peter Coke, adapted by Joe Masteroff.
This title is only available as a rented manuscript, and must be returned at end of rental period.


The show concerns a group of senior citizens living on New York's Upper West Side who learn that the long-term hotel they live in will be sold off to developers -- making the seniors homeless. To save the hotel, the seniors form a ring of unlikely thieves, wreaking havoc in stores from Sadies' Second Hand Furs to Bloomingdales. In the process, they regain their zest for life. The seniors proceed to use their ill-gotten gains to spruce up their digs and to provide safe harbor for other poor seniors.
The musical is based on the 1960 British film "Make Mine Mink" and its antecedent, Peter Coke's 1958 London stage comedy, Breath of Spring. The tuneful score includes "Coffee in A Cardboard Cup," "Go Visit Your Grandmother," and "Yes."
REVIEWS:

"A disarming tribute to age [which] never permits you to wax sentimental over the jaunty members of the stage's considerably more mature set."

"Unlike its two predecessors in the same genre, No, No, Nanette and Follies, 70, Girls, 70 is not founded on nostalgia."