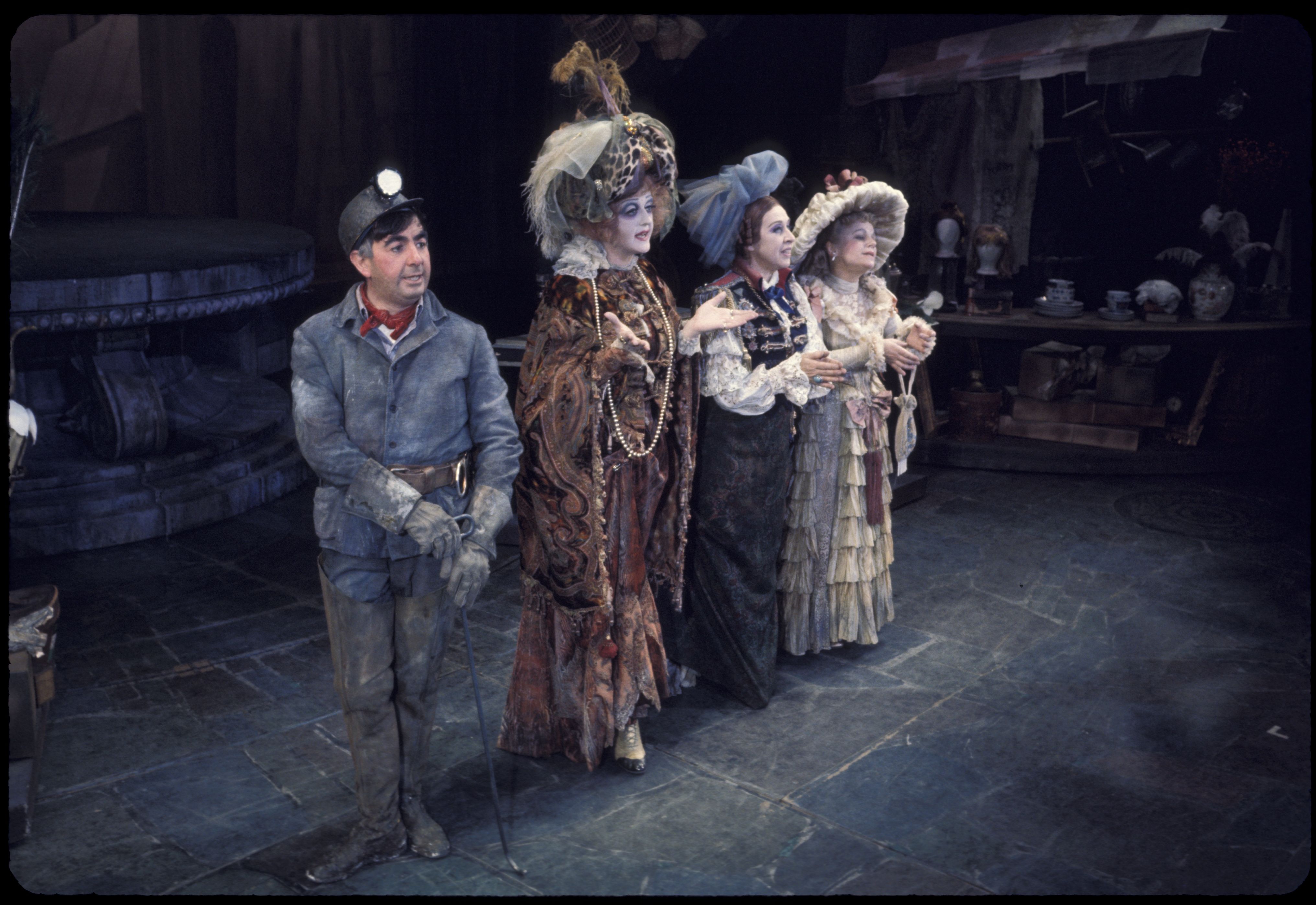 A modern-day clash of Good and Evil.
A deranged countess and her associates scheme to stop businessmen from drilling for oil under the streets of their Parisian neighborhood.


DEAR WORLD is based on Jean Giraudoux’s play The Madwoman of Chaillot.

A corporation has discovered oil under the streets of Paris, directly under a bistro. The Countess Aurelia (known as The Madwoman of Chaillot) lives in the bistro’s basement, driven mad because of a lost lover and reminiscing about her past. When the corporation decides to blow up the bistro to get the oil, a young executive, Julian, helps to foil the plan because he has fallen in love with Nina, the bistro’s waitress. Aurelia lures the corporation executives to the underground in the sewer system.


Premiere Production: Dear World opened on Broadway at the Mark Hellinger Theatre, February 6, 1969 and played for 122 performances starring Angela Lansbury in the title role. This revised version of the show opened at the Sundance Theatre in Utah, June 2002 starring Maureen McGovern in the title role.