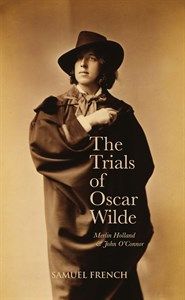 Trials of Oscar Wilde, The

This play can be performed in its entirety or each act can be performed as a stand-alone piece.
"I delight in the society of people much younger than myself. I like those who may be called idle and careless. I recognise no social distinctions at all of any kind and to me youth – the mere fact of youth – is so wonderful that I would sooner talk to a young man half an hour than even be, well, cross-examined in court."

Thursday 14 February, 1895 was the triumphant opening night of The Importance of Being Earnest and the zenith of Wilde's career. Less than 100 days later, he found himself a common prisoner sentenced to two years hard labour.

So what happened during the trials and what did Wilde say? Was he persecuted or the author of his own downfall? Using the actual words spoken in court, we can feel what it was like to be in the company of a flawed genius - as this less than ideal husband was suddenly reduced to a man of no importance.


Premiere Production: First presented by European Arts Company at the Hazlitt Theatre, Maidstone on 3rd May 2014 before touring to 43 Venues all over the UK.
It transferred to the Trafalgar Studios in London, opening on the 13th October, 2014.