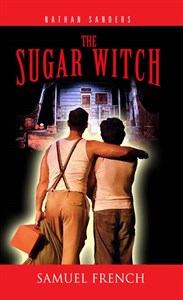 The Bean family in Sugar Bean, Florida live under an ancient family curse. The surviving members of the town's founding family have reached the end of their rope. Just when things can't possibly get any worse, tragedy strikes as a mysterious and brutal murder takes place in the Bean family home. The crime places "Moses" and "Sisser" in grave danger as "Annabelle", the last in a long-line of so-called "Sugar Witches", attempts to end the curse placed on their heads by the dying words of her very own grandmother.

Dark family secrets are revealed and unusual passions are ignited as the family confronts madness, truth and the destructive legacy of racism as the spirits of the dead walk the dark swamp, haunting the hearts of all who reside there. The Sugar Witch is a dark, Southern Gothic play that will linger in the minds of the audience long after the curtain falls.
REVIEWS:

Premiere Production: The Sugar Witch premiered at Northside Theatre Company in San Jose, CA in October 2007 under the direction of Richard T. Orlando.