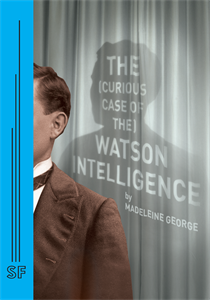 (curious case of the) Watson Intelligence, The

These four constant companions become one in this brilliantly witty, time-jumping, loving tribute (and cautionary tale) dedicated to the people -- and machines -- upon which we all depend.
REVIEWS:

Premiere Production: The (curious case of the) Watson Intelligence premiered in New York City at Plawrights Horizons in December of 2013, under the direction of Leigh Silverman.