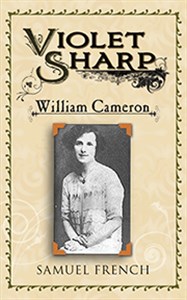 Based on the true story 1932 Lindbergh Kidnapping Case, Violet Sharp is named for the young British maid working at the home of Anne Lindbergh’s mother.

In the wake of the historic kidnapping of beloved aviator Charles Lindbergh’s 20-month-old son, Violet raises the suspicion of the police with a contradictory testimony about her whereabouts to police investigator Officer Walsh. Under pressure from her own personal demons as well as the police, Violet’s efforts to clear her name cannot seem to overpower a growing reputation of guilt.
REVIEWS:

Concentrates on Violet's personal tragedy, leaving us to ponder the larger issues of celebrity and media manipulation