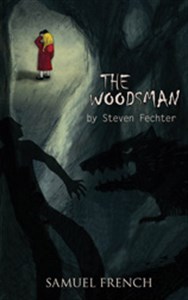 The Woodsman is an interesting, valuable and insightful play...

I loved this clear-sighted, balanced, non-judgmental, no-frills, linear story...It's seriously thought-provoking, and all the more gripping for its restraint.


Walter is a quiet man who must lead a quiet life. As a convicted sex offender fresh out of state prison, he sees no choice. He works in a warehouse. He lives alone. He sees a therapist named Rosen. His only visitor is his brother-in-law Carlos. He also gets visits from a demon in the form of a beautiful Girl.

Often brooding by his window, Walter watches children as they head for school. One day Nikki, a tough-talking woman from work, drops by. She doesn't waste time making the first move. Next morning Walter confesses his dark past. But Nikki doesn't run away. Things are looking up – until Walter follows a twelve-year-old girl named Robin into a city park. Nothing happens, but Walter is scared. Then police Sgt. Lucas pays Walter a visit applying some rough intimidation. Walter disappears. A panicky Nikki asks Rosen to help her find him. Walter is back at the park, waiting. When Robin arrives Walter is gently seductive. But the seduction is aborted when Robin reveals a shocking secret. Forced to confront his past, Walter finds the compassion to help and not hurt. In doing so, he grabs a chance for redemption.
REVIEWS:

An interesting, valuable and insightful play' – The Stage, London'I loved this clear-sighted, balanced, non-judgmental, no-frills, linear story... It's seriously thought-provoking, and all the more gripping for its restraint.' – British Theatre Guide'A clear

Premiere Production: The Woodsman was first produced by The Actors Studio Free Theater at Raw Space, New York City, opening on March 1, 2000. It was directed by Sharon Fallon.