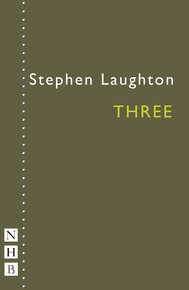 Published in volume One Jewish Boy
A short play about three young Israelis caught up in a hostage situation.
Stephen Laughton's play Three is a bold and terrifying examination of young lives exposed to bitter hostility in a remorseless conflict.
The play was written in response to the kidnap and murder of three Israeli teenagers, Naftali Frankel, Gilad Shaer and Eyal Yifrah, in the West Bank in June 2014.
NOTE: there are no 'directions' for Three. According to an author's note, it 'can be read by ten people; it can be read by a hundred'.