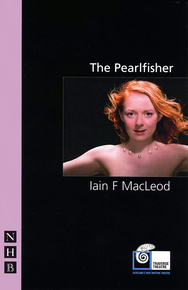 An epic tale of kinship, money and desire, set amongst the Traveller people of the Scottish Highlands.


An epic tale of kinship, money and desire, set amongst the Traveller people of the Scottish Highlands.

Summer 1948 in the North West Highlands. Post-war austerity grips the land, but the pickings are rich for Traveller people, as they trade, poach, rustle - and fish for pearls in the clear water of the rivers.

Relations with the local people hang on a fragile thread, as they barter with one another, juggling language and meaning - and sometimes desire. Then one day Jess, a girl from the village, spies Ali the Traveller close up, trawling the river-bed. Jess steals his pearls, and her lover Roderick pledges to make a necklace for her - setting in motion a chain of events which will change both communities for ever.

Half a century later, in the autumn of 2007, the waters have risen, and the story is still being told and re-enacted.

Iain F. MacLeod's play The Pearlfisher was first staged at the Traverse Theatre, Edinburgh, in 2007.
REVIEWS:

"An epic dream of quiet, stubborn resistance to a settled society that patrols the land as if it was a prison camp, suppresses the true sexuality of both men and women, and devours the earth on which we live, The Pearlfisher is a truly impressive 21st-century drama."