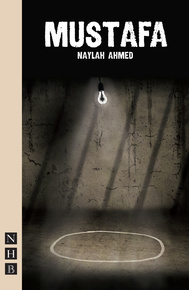 A vivid and compelling thriller about belief and retribution.


A vivid and compelling thriller about belief and retribution.

Mustafa is in prison for the death of a teenage boy during an exorcism. Racked with guilt at the loss of an innocent life and isolated in a world where his beliefs are constantly challenged, he's trying to avoid trouble. But when prisoners who taunt him suffer mysterious injuries and prison officers start behaving strangely, Mustafa realises the spirit he tried to banish is still with him, and he must confront it once again.

Naylah Ahmed's play Mustafa was first performed at Soho Theatre, London, in 2012 in a co-production by Kali Theatre and Birmingham Rep.
REVIEWS:

"Manages to combine such explosive themes as power, violence, notions of guilt, psychological torture and the competing loyalties of faith and family with a persuasive and surprising theatricality... A sensitive and shocking piece of work."

"Naylah Ahmed uses the ideas of possession and haunting as a tantalising way of exploring perceptions of (and prejudices towards) 'otherness'."