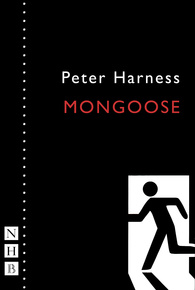 A strange and beguiling monologue about a loner obsessed with a malign companion called Mongoose.