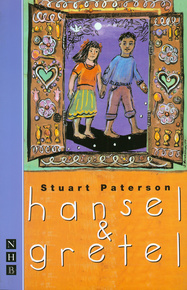 An imaginative reworking of the children's classic, from the UK's leading author of plays for young audiences.


An imaginative reworking of the children's classic, from the UK's leading author of plays for young audiences.

Hansel and Gretel stumble upon a colourful circus family but are tricked into following their new friends to the wicked witch's candy-covered lair. Hansel is given over to the witch in return for the imprisoned father of the circus family. But Gretel won't give in and frees her brother in the same way. Helped by Orin the Faerie-King and the mysterious Monkey-boy, the children defeat the witch with a combination of kindness and courage.

Stuart Paterson's play Hansel and Gretel was first staged at the Lyceum Theatre, Edinburgh, in 1998.
REVIEWS:

"There are certain shining constants in the work of Stuart Paterson. His profound and funny re-workings of ancient fairy-tales will always have a Manichean battle between good and evil, a deep sense of how the morality and inner strength of children may develop, and the absolute, ringing assertion that evil feeds on fear and must be defeated by kindness and courage."

"In the fullness of time, I think Stuart Paterson's modern pantomimes may come to be seen as one of the outstanding legacies of Scottish Theatre."