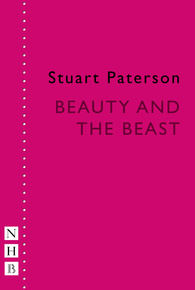 A brilliant version of the classic tale.


A brilliant version of the classic tale, from a playwright acclaimed as "the master of children's theatre" (Scotsman).

Stuart Paterson's play Beauty and the Beast was first performed at the Lyceum Theatre, Edinburgh, in 1987, and has been revived many times since.
REVIEWS:

"An inspired modern version of the story, given a fine momentum by Crackjaw the witch, a ferocious hate-mongering villainess. There's also a cheeky goblin called Dunt, a gorgeous pantomime dog called Billy, a magnificent pair of (female) Ugly sisters, and a hero who amounts to something more than the usual insipid Prince. The audience participation rages fast and furious..."