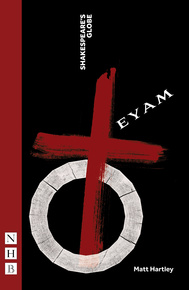 "I’d rather be buried by my worse enemy than a stranger."


1665. As the plague runs rife through London, Reverend William Mompesson arrives in Eyam, Derbyshire, to lead the parish. But Eyam is no sleepy backwater; it is a village at war with itself. The community has dissolved, and neighbour feuds with neighbour under the watchful eye of a ruthless landowner bent on maintaining his grip on the village.

When the plague arrives in Eyam, the villagers are tasked with examining their civil responsibility, as they must decide whether to stay quarantined, or flee and risk spreading the deadly disease.

Matt Hartley's Eyam is a play about the importance of community, which premiered at Shakespeare’s Globe, London, in September 2018.
REVIEWS:

"Hartley’s writing is the true star of Eyam. With formidable skill he uses the spirit of 17th-century drama to create a masterpiece of theatre that intoxicates the imagination through its exploration of how people are capable of working together in the face of a terrifying catastrophe."

"A compelling story of plague-era England."

"The sheer magnitude of [the villagers'] sacrifice echoes down the ages."