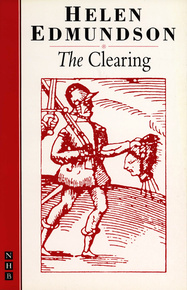 A powerful play about the effects of Oliver Cromwell's military campaign in Ireland.

A powerful play about the effects of Oliver Cromwell's military campaign in Ireland - a ruthless conquest whose folk memories still sit uncomfortably in the Irish psyche. Winner of the John Whiting Award for Drama.

In the 17th century Cromwell moved English troops into a war-weary Ireland, forcing the local inhabitants onto barren land as the English gentry took over their homes. The cruelty of this racial persecution is brought into sharp focus through the tragic love of an Englishman for a local Irish woman.

Helen Edmundson's play The Clearing was first performed at the Bush Theatre, London, in November 1993.
REVIEWS: