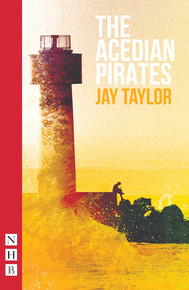 "They ask us. When we sign up. We all get asked. “What do you want to do for the Capital State?” And we reply. “Fight. Help. Assist. Do some good.” Do some GOOD. That’s so horrific it’s funny."

A play that challenges our understanding of mythology, and forces us to ask vital questions about military occupation.

Jacob doesn’t know why he’s here. He’s been at war for six years, but nobody will tell him why. The Moon is upstairs and he wants so desperately to talk to her, but they just won’t let him. Will she be his salvation?

"Ambitious and evocative… a thorny debut play exploring the claustrophobia and futility of war."