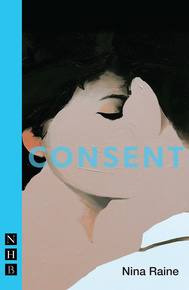 Why is Justice blind? Is she impartial? Or is she blinkered?

Why is Justice blind? Is she impartial? Or is she blinkered?
Friends Ed and Tim take opposing briefs in a rape case. The key witness is a woman whose life seems a world away from theirs. At home, their own lives begin to unravel as every version of the truth is challenged.
Consent, Nina Raine's powerful, painful, funny play, sifts the evidence from every side and puts Justice herself in the dock. It premiered as a co-production between the National Theatre and Out of Joint, directed by Roger Michell at the National Theatre in 2017, and transferred to the West End in 2018. It was shortlisted for the 2018 Susan Smith Blackburn Prize.
REVIEWS:

"Modern classics don't come along very often. Consent is, without a shadow of a doubt, just that: an intricately constructed philosophical drama that does for love, law and language what Michael Frayn's Copenhagen did for particle physics and Tom Stoppard's Arcadia did with time."

"An unforgettably complex, blackly comical and affecting picture of logic and articulacy duking it out with unruly emotions and messy reality... the way Raine tackles hot topics but puts her characters first — with all their slippery, frustrating, deeply human refusal to conform precisely to one idea or another — is what makes this so rivetingly lifelike... jammed with ideas, rich with humanity, Consent is a modern classic."

"One of Nina Raine's most enjoyable and intelligent plays yet. Unreservedly recommended."

"A play of fierce moral intelligence… always lively and engrossing… Consent stimulates debate rather than stifles it."

"Intricately layered… besides its astute observation of the balancing acts involved in marriage, there’s plenty of finely tuned comedy. There's also an eagerness to address universal concerns — justice, betrayal, revenge and forgiveness. Yet more than anything else Raine is interested in language, which lies at the heart of every legal case and proves so worryingly slippery."

"Nina Raine's new play is so emotionally bruising that it feels almost glib to describe it as 'a black comedy'. It is a domestic drama about empathy, justice and – of course – consent that wallops the shit out of you for two-and-a-half hours. It is a play about things we prefer not to talk about; it is like going ten rounds with the elephant in the room, and at the end both of you are crying. There are also some good jokes… playwrights should be talking about this stuff, and Raine doesn't hold back."

"A thrilling revenge drama… powerfully written, and both entertaining and thought-provoking."

"Funny, pointed and complex… Raine's writing crackles with a sharp-tongued and witty energy. Every line is measured and well-balanced, offering a sure-footed and somewhat galling examination of people, with all their horrendous faults on show."

"Raine is such a fine writer… a bit of a beaut all round."

"Exquisitely devastating… Raine brings her scalpel to the dissection of the human heart when it comes to love, marriage, relationships, fidelity and revenge, flaying every part of it with clinical precision…the lacerating dialogue is leavened with generous lashings of humour. Consent may be exhausting, but it's also darkly, overwhelmingly funny, even at its bleakest points."