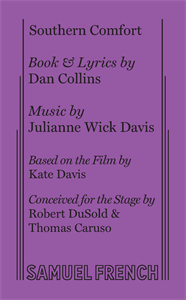 "A sweetheart of a musical."


Based on the 2001 Sundance Film Festival documentary, Southern Comfort follows the last year of Robert Eads, a transgender man in Georgia, as he is diagnosed with ovarian cancer. He surrounds himself with his chosen family, who are predominantly transgender, as they share monthly potluck meals. Like any family, they have their own trials and tribulations, but ultimately they all seek acceptance for who they are in their own skin.
REVIEWS:

CRITIC'S PICK! "A sweetheart of a musical."

Premiere Production: Southern Comfort premiered at Barrington Stage Company in Pittsfield, MA in July 2015 under the direction of Thomas Caruso.