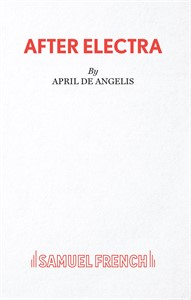 "I blame the books they learned to read with Daddy at the office. Mummy looking out of the window while she's washing up. I should have burnt them."

It's Virgie's eighty-fourth birthday and she is making a big decision. Seeing herself as an artist first and foremost, and then a mother, Virgie has not reckoned on her family and friends to thwart her plans. This moving black comedy reimagines the process of ageing with the emotional relationship of the family.


Premiere Production: April De Angelis' After Electra premiered at the Theatre Royal Plymouth, in April 2015 before transferring to the Tricycle Theatre, London.