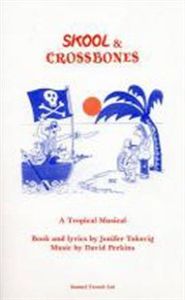 Sizzling with Caribbean-style music, this show is a fun, toe-tapping treat for the whole family.


On a tranquil Caribbean island, the inhabitants are preparing a ceremony to the gods. Suddenly harmony is shattered when pirates sail in and threaten to take over the island. A battle commences and Fafa, the Sun God's teenage son, descends to help. However, his father has forbidden him to use magic amongst the mortals, and he and the islanders have to think quickly to save their island. They somehow manage to conjure up something far more terrifying than they could ever have imagined - a school headmistress!

From the authors of Shake, Ripple & Roll and Pandemonium! (A Greek Myth-adventure) comes this Caribbean-style musical written specially for a large cast of young people to perform.