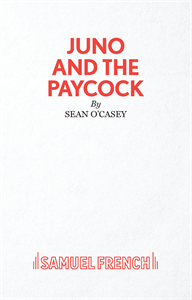 Juno and the Paycock

The most famous play by this remarkable Irish dramatist.

The most famous play by this remarkable Irish dramatist. Juno and the Paycock has been produced throughout the world and offers a compelling look at the family conflicts of struggling Irish matriarch Juno Boyle's Herculean attempts to keep her children safe and her husband "Captain" Jack Boyle sober despite his foolish schemes and the ongoing "troubles" in early 20th century Dublin.


Premiere Production: Juno and the Paycock was produced at the Royalty Theatre, London, on the 16th November, 1925.