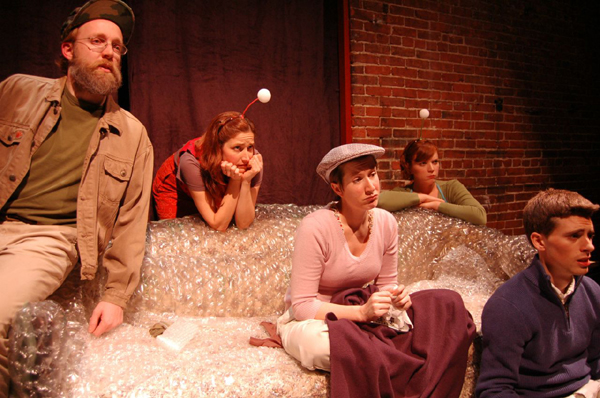 Priscilla's evening routine gets weird when she starts receiving 3 AM phone calls -- from aliens.

Priscilla, a lonely woman who works at a hobby shop, is so empathetic that she cries nightly while watching game shows. But her evening routine gets weird when she starts receiving 3 AM phone calls -- from aliens.

When she finally picks up, the aliens ask her a big favor: to save the world. In this fantastical play examining loss, love, and the search for answers, Priscilla looks to the only expert she knows, her favorite gameshow contestant Simon, to save both worlds before it's too late.
REVIEWS:

"Manages to be both a heady and emotional take on an aliens-among-us story, along with a healthy dose of often absurd humor."

"McGough's play zips by in a mere 50 minutes, but it's no lightweight."