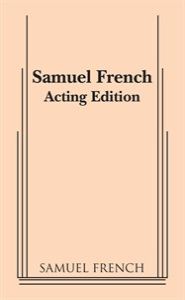 Fall of the House of Usher, The (Neary)

An exciting new adaptation of the classic Poe tale.


An exciting new adaptation of the classic Poe tale, re-invented as a detective thriller, and set in 1930's Boston, James Brookfield, an up-and-coming writer of potboilers from New York City, is invited to the Boston home of his childhood friend, Roderick Usher, to, as his host suggests, "chronicle the evolution" of the House of Usher.

What begins for Brookfield as a pleasant distraction from the busy hubbub of New York literary circles turns into a maelstrom of horror when he slowly discovers Usher's secret intent, and realizes that the life of Usher's sister, Madeline, as well as Brookfield's own life, are in terrible danger.

Told as a series of lightning-paced flashbacks as tough-as-nails police detective Michael Shaughnessy questions Brookfield about what actually happened to cause the fire that destroyed the House of Usher, the play moves relentlessly to its terrifying, stunning conclusion.
REVIEWS:

"...engrossing and entertaining... holds one's interest throughout as it moves relentlessly with a series of twists... to a terrifying conclusion."

"Even if you're familiar with the original story, there are enough plot twists and seamless alterations on the original to keep you guessing and on the edge of your seat. The ending has been completely re-worked with a conclusion that is so disturbing I can't believe Poe didn't think of it himself."

Arts on the AU

"Jack Neary has cleverly transposed [The Fall of the House of Usher] into a macabre thriller that works disturbingly well."