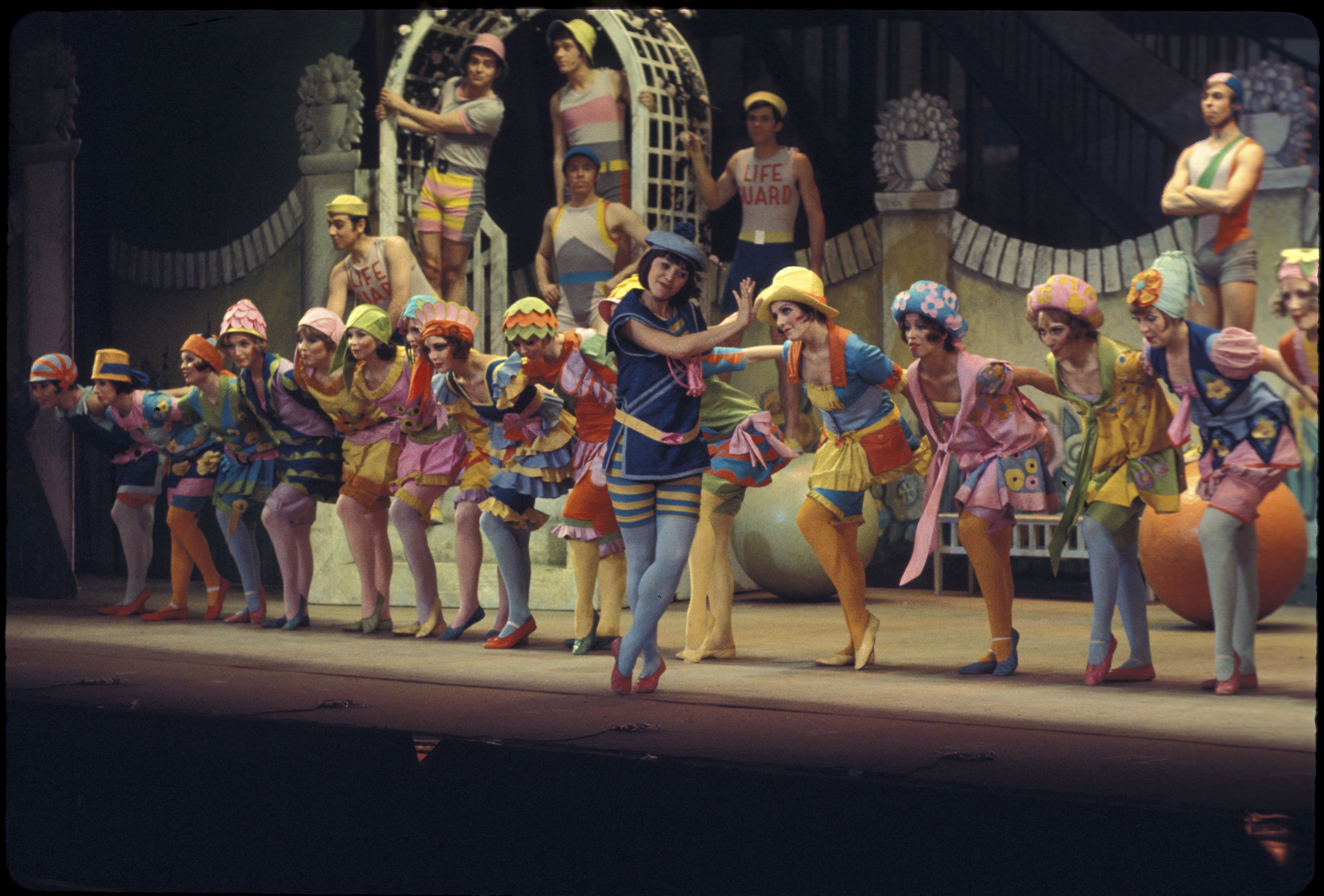 NO, NO, NANETTE is a lighthearted framework for the music of Vincent Youmans. This is the story of Jimmy Smith, and all the trouble he gets into and out of on a summer weekend.
Included in the score are two of the most famous show tunes ever written: Tea for Two and I Want to Be Happy. Standard numbers like Too Many Rings Around Rosie and You Can Dance with Any Girl at All accompany many other delightful songs.
The whole experience is refreshing, silly and uplifting!


In this revamped version billed as “The New 1925 Musical” NO, NO, NANETTE started the nostalgia craze on Broadway. It is a show that takes the audience by the hand and leads it back to the Never-Never-Land of the Twenties for some good, clean fun. Things were dearer, sweeter and sillier then, and so is NO, NO, NANETTE now.
This is the story of Jimmy Smith, and all the trouble he gets into and out of, on a summer weekend in New York and Atlantic City. Jimmy is a hard working and successful Bible publisher who travels around the country. During these business trips he meets three single girls whom he befriends. Of course his relationships with them are strictly platonic. Jimmy’s wife, Sue, is a very economical woman, and, although the Smiths are well-to-do, she refuses to spend money the way Jimmy would like her to.
Spending money makes Jimmy happy, and his three friends around the country are more than willing to spend Jimmy’s money for him…and make him happy. Jimmy becomes nervous that Sue will find out about the three girls and misunderstand his relationships with them, so he asks his friend and lawyer, Billy Early, for his help. Jimmy offers Billy ten thousand dollars if Billy will end his relationships with the three girls for him. Billy agrees to this, because as it happens, his wife Lucille is on a permanent spending spree. Billy plans to take Tom, Lucille’s nephew and his law clerk, with him to meet with each of the three girls in San Francisco, Boston and Washington
The Smiths have an adopted daughter, Nanette, who is in love with Tom. But before Nanette settles down, she wants to have some fun. That weekend all her flapper friends are motoring down to Atlantic City, but Sue refuses to allow Nanette to go unchaperoned. Jimmy volunteers to take Nanette for the weekend, and they stay at Chickadee Cottage, a weekend place the Smiths own but rarely use. Without knowing Jimmy and Nanette’s plans, Billy and Tom decide, instead of traveling all over the country, to meet the three girls in Atlantic City. And, with unexpected free time, Sue and Lucille decide to go off on their own for the weekend, to Atlantic City. At the end of the first act, we anticipate all of them meeting unexpectedly at Chickadee Cottage.
The second act begins with Nanette having the time of her life at the beach. The three girls arrive to meet Billy, only to find Jimmy there. It is no surprise that each girl wants Jimmy for herself. When Billy and Tom arrive they try to take over the situation, but the girls are not that easily bought off. Nanette runs into Tom, and both are disturbed that the other is in Atlantic City. Sue and Lucille arrive for their quiet weekend, to discover all the others. Of course there is a series of complications and misunderstandings. The stage is filled with amazed and bewildered people, and unexpected comings and goings. By the end of the act, everyone seems to be in an unsolvable situation.
In the third act things get even more complicated. There are marriages about to be broken, love affairs ended, the threat of scandal, blackmail and more. By the curtain’s fall everything is cleared up and everyone is happy. No wonder all the critics acclaimed this “The Happiest Show In Town.”