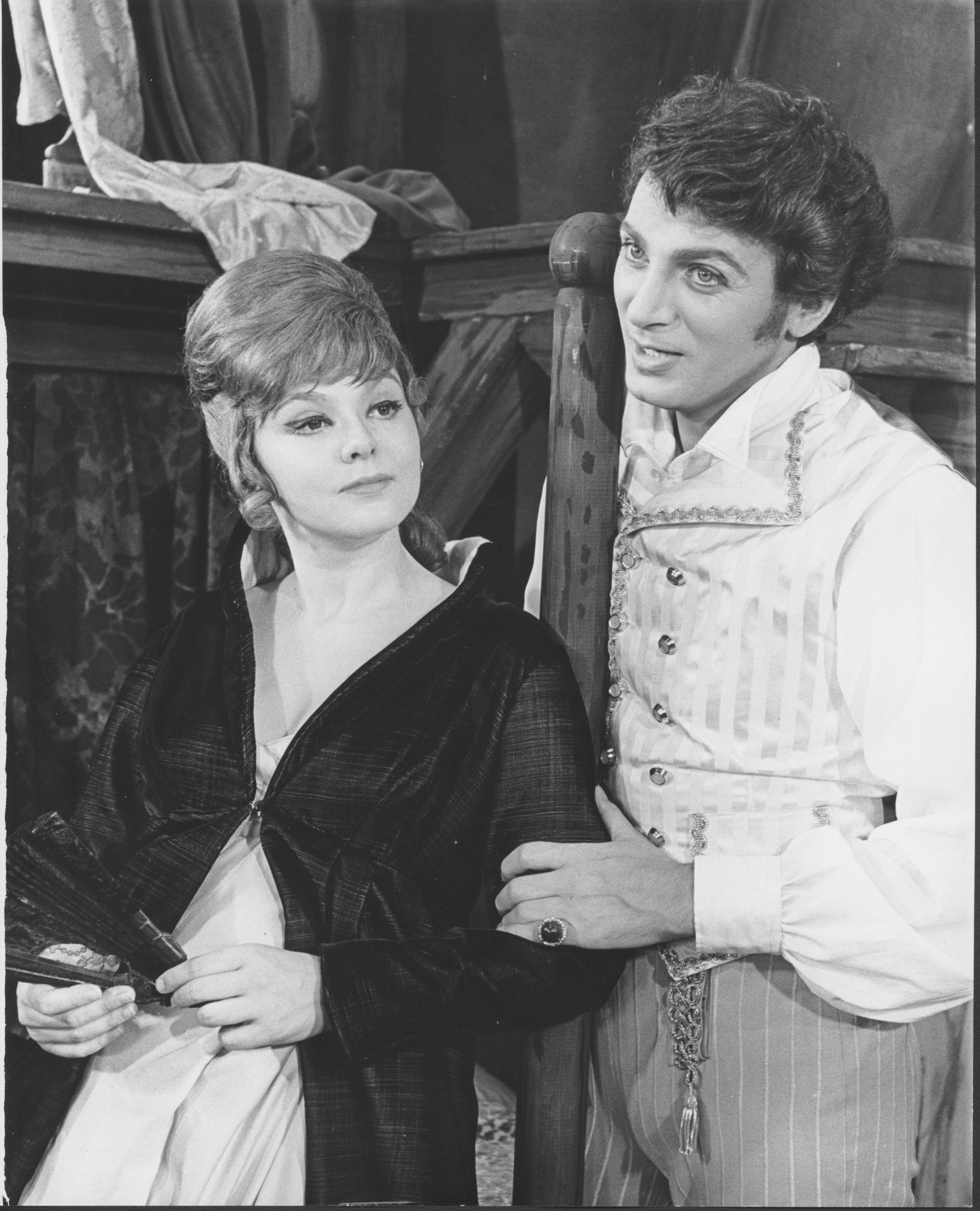 On A Clear Day You Can See Forever

ON A CLEAR DAY YOU CAN SEE FOREVER is based loosely on the 1929 play Berkeley Square by John L. Balderston.
In order to quit smoking, Daisy Gamble seeks help from a psychiatrist, Dr. Mark Bruckner. Under hypnosis, Daisy describes memories of her 18th-century London life as Melinda Wells. A special relationship develops as Mark helps Daisy come to terms with reincarnation and her special ESP abilities.

During a lecture at the Bruckner Clinic, psychiatrist Mark Bruckner discovers a most suitable subject in student Daisy Gamble. Daisy repeatedly lapses into hypnotic states as Dr. Bruckner explains hypnosis in his class. After class, she reveals to the doctor her many extrasensory powers, including her ability to make flowers grow. Daisy is quite concerned about her eccentricities. The doctor agrees to treat her if she will let him try to discover, while she is under hypnosis, how she developed her powers. They are astonished to find that she starts talking about a prior life in 18th-century London as Melinda Wells. Daisy amazes Mark further when she suggests he answer his phone before it starts ringing. She apologizes for her acute perception and goes to meet her boyfriend, Warren.
At their next psychiatric session, Mark puts Daisy into a trance and summons Melinda from her subconscious. Mark’s attachment to Melinda is growing as we are transported to a colorful, 18th-century London club, and he is soon convinced that Daisy’s story is not a mere yarn. He files a medical report in the proper psychiatric channels, and as the first act ends, he sings of his love to the intangible Melinda.
Mark is ridiculed by his psychiatric colleagues and is himself beginning to doubt his findings. Just then, he gets an encouraging visit from a Greek shipping magnate who tells Mark he has financed an investigation which explains various incidents described by Melinda. In Mark’s office, Daisy comes across a tape recording of one of her sessions and realizes that Mark is really in love with Melinda and is merely using Daisy to summon her. Daisy is determined to become “normal” but Mark, through extrasensory control, proves to be her destiny.


Premiere Production: On A Clear Day You Can See Forever was first presented at the Mark Hellinger Theatre, New York City, on October 17, 1965.