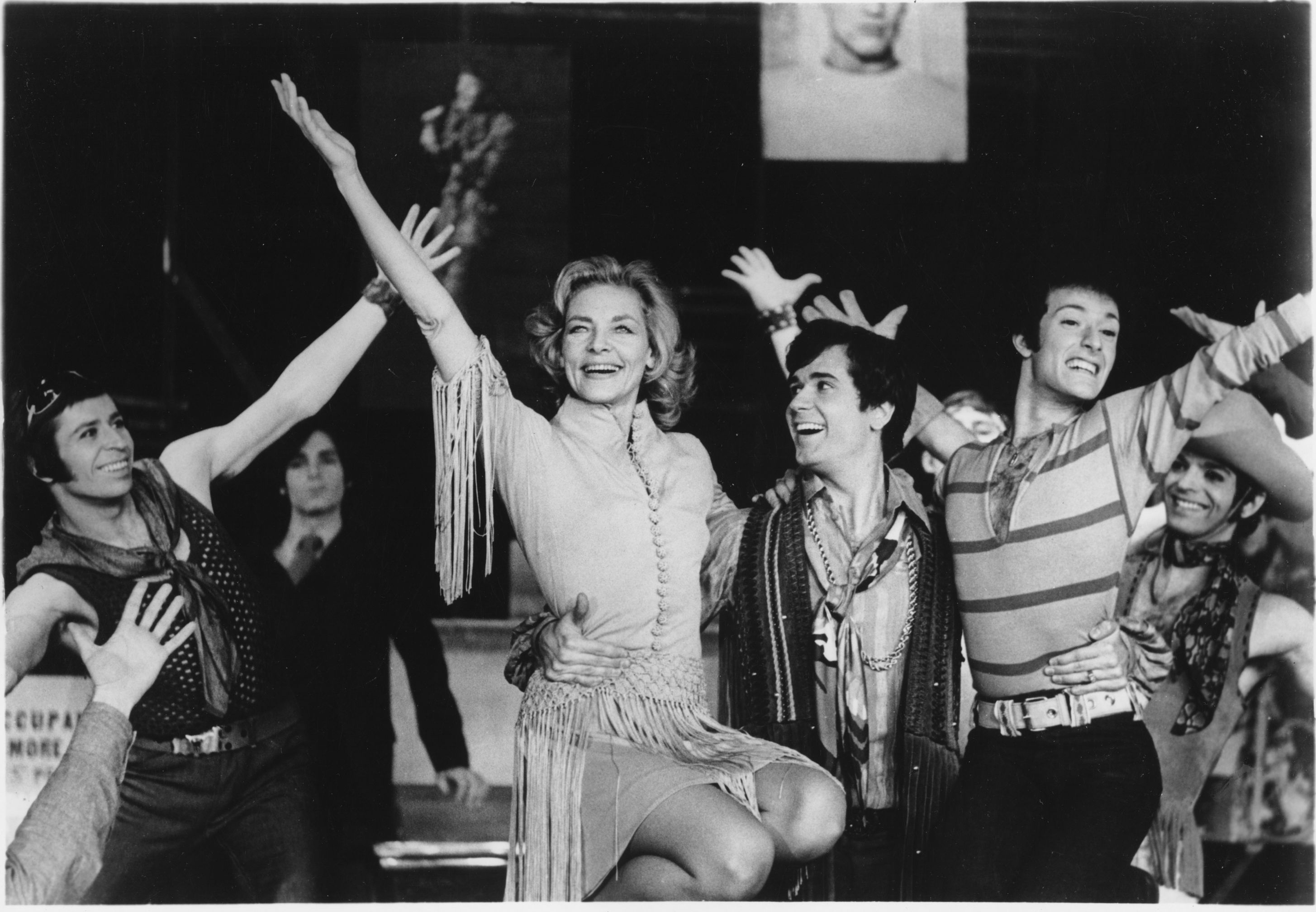 "We soon realized that the strength of "All About Eve", so soundly conceived and executed on the screen, lay in the timelessness of its basic story. This story has a universal appeal and instant recognition which could be transferred to any period or locale and still retain its essential quality. It is a tale of treachery, the humble underling, subtly boring from within to unseat and usurp the figure of power on the throne, told in terms of the witty, glamorous theatre star and the mousy, adoring girl from the sticks who ingratiates herself into the star's private world, and then systematically attempts to take over her career, her lover and her life"


This musical is about show business and the characters are typical of Broadway’s glitter. “What is it that we’re living for?” sing the impoverished ‘gypsies’ or Broadway dancers in Act I -Applause, Applause. These lyrics state simply the motives of all the characters in the play, and the song is repeated periodically to remind us what this story is really about. The central character, Margo Channing, is a superlative actress and a sophisticated comedienne. On opening night she basks in Backstage Babble performed by the cast. Unhappily, Margo’s faults are as grand as her talent. She is paranoid about her age and even though she doesn’t want to marry Bill Sampson, the play’s director, she says she can’t live without him. Bill is the play’s level-headed good guy and a foil for Margo’s imperious egoism.
Eve Harrington has another view of the bright lights. She says Margo’s performances, the way she conveys life on stage, have saved her from despair. Eve’s first song in the play presents her as a sweet selfless girl. In The Best Night Of My Life she thanks Margo for letting her take part in the glamour of an opening night. Eve’s ingenuous admiration relaxes Margo so much, that Margo admits her constant fear of growing old and unattractive. As the two women watch one of Margo’s movies, Margo laments her lost youth -Who’s That Girl.
By the end of Act I, Margo begins to think Eve is more akin to the serpent than the innocent woman of the Biblical garden. At Bill’s surprise birthday party she resents Eve’s cunning friendliness with him, and proceeds to sharpen her wits on the guests. In an indiscriminate attack on anyone who moves, Margo shows her claws and sings Fasten Your Seat Belts. This act ends as Eve successfully auditions as Margo’s understudy. Margo interprets Eve’s success as a personal betrayal and sings Welcome To The Theatre where “Treachery’s sweetly done.”
Act II opens by introducing Karen Richards, the playwright’s wife and Margo’s good friend. Karen, a product of Eastern Schools and now settled in the Connecticut country life is no match for worldly wiley Eve. Karen sings Inner Thoughts hoping everyone will laugh when they discover her “favor” for Eve. She has emptied the gas tank so that Margo will miss her train to New York, and Eve will have a chance to understudy in the play.
The next series of events reveals Eve as less than an artless innocent. Her last minute substitution for Margo is covered miraculously by all the critics who matter. She returns to the “gypsies’” bar after the show and cold-shoulders those who are beneath her now. As Eve leaves the dancers explode into a production number with amusing lyrics that marks Eve’s change -She’s No Longer A Gypsy. Eve has conveniently awakened the romantic interests of the stage manager, the producer and the playwright in the stepping-stone order that has been most helpful to her career. She has even made an unsuccessful play for the director, Bill Sampson, Margo’s boyfriend. When Eve sings One Hallowe’en she crows “No one worries how you got there / Once you’re standing on the top.” Howard, the producer, overhears the last part and introduces some poetic justice. He has uncovered her not-so-tragic past, and tells Evelyn Hinkle that bedroom hopscotch is over. She is to be exclusively at his disposal or he will end her little confidence game in the theatre. Eve has achieved the material success she wanted, but in the process, she has relinquished any redeeming real-life values. Now she’s Howard’s plaything.
As Eve becomes more of a public success, Margo becomes more defensive about her own place in the spotlight. Bill tries to convince Margo that love is more important in One Of A Kind. But it isn’t until Margo is consoling husbandless Karen, that Margo realizes that there’s another life beside the one on stage. Margo understands Eve because she has been motivated by the same sort of ambition most of her life. Seeing herself in Eve forces her to realize that there’s Something Greater and Margo sings her love for Bill. Paradoxically, Eve has helped Karen to realize the hollowness of applause.