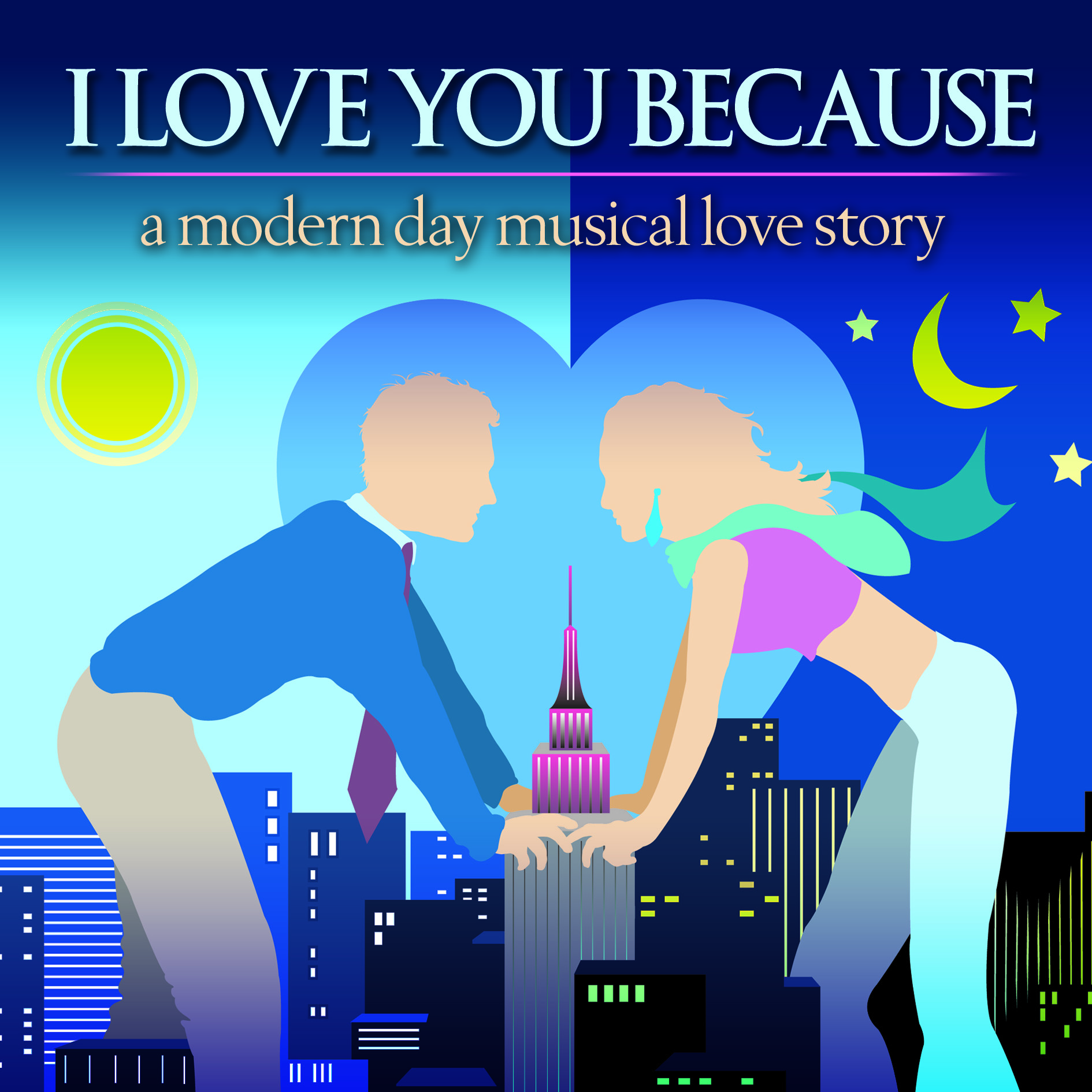 I Love You Because

I Love You Because is a modern twist on Jane Austen’s Pride and Prejudice, set in New York City.
A young, uptight greeting card writer’s life is changed when he meets a flighty photographer. Along with their eccentric friends and siblings, they learn to love each other not in spite of their faults, but because of them.


The story begins with Austin Bennet, a young greeting card writer who has his whole life planned out, preparing for a date with his long term girlfriend Catherine. Upon arriving to her apartment Austin finds Catherine in bed with another man. Dejected, Austin goes to his local bar, where his brother, Jeff, tries to cheer Austin up by telling him the best way to win a woman back is by being completely indifferent to her in.

Meanwhile, Marcy, a flighty photographer, laments to her best friend Diana, about her difficulty in finding the perfect man. Diana, being an actuary, tells Marcy that the best way to find the perfect man is to find a man who is absolutely wrong.

Jeff sets up a double date for himself and Austin, where Austin meets Marcy for the first time. In an attempt to be indifferent to Catherine, he tries to win over Marcy. Jeff's courtship of Diana goes notably better until Jeff throws out his back in a bedroom accident and is rushed to the hospital. Marcy is convinced that Austin would make a perfect rebound man, and after trying to track down Austin for many weeks, Marcy finally corners him at the coffee shop across from the hospital, where Austin sits writing.

Marcy discovers that Austin is now trying to win Catherine back by writing her the perfect poem. Marcy tries to keep Austin from writing a cliché laden greeting card poem. Austin calls Catherine, and when her response is all that Marcy predicted it would be Austin agrees to let Marcy help him.

Marcy tries to teach Austin the difference between the clichéd romance of a greeting card and the honest romance of a poem. He learns well, but Marcy tells him not to send the poem for six months. However, Jeff accidentally sends the poem early. The response from Catherine comes on a post card that Marcy intercepts. She takes Austin out for dinner so that she can break it to him gently.

Austin has a bit too much to drink and finally grasps all of Marcy's lessons of saying what you honestly feel. Austin feels liberated, and Marcy feels like someone actually stood up for her. They both feel a way they haven't before, and, just as they are about to a kiss, Marcy breaks the news about Catherine to Austin. Crushed, Austin blames the failure on Marcy, who turns on Austin and yells that the reason for his failure is his insistence on having a completely ordered and structured life. This fight ends with the two sleeping together.

After sleeping with Marcy, Austin runs home and tells Jeff that he might be in love with Marcy. Jeff warns Austin that he is letting his emotions get the better of him, and that he should keep his feelings to himself. Ultimately Austin runs off and tells Marcy how he feels, but she is not ready to feel the same way. Austin returns home to find Catherine waiting for him.

Diana tires of her and Jeff's "friends with benefits" situation, and asks Jeff to become exclusive. Jeff warns her that becoming exclusive will only end in heartache.

Marcy decides that she does return Austin's affections even though he is so wrong for her. Austin, now back with Catherine, still hurt by Marcy's earlier rejection, and reeling from her tactless attempt to apologize, sends her away.

Marcy and Diana go to the bar where the Bartender and Cocktail Waitress lament with them. Austin returns home and finds Diana and Jeff making up. They convince him that Marcy is the woman for him in. Before running to Marcy, Austin takes a moment to say goodbye to his old life.