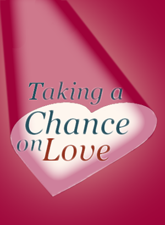 Taking a Chance on Love

The life and career of Broadway lyricist John Latouche have been woven together into a vibrant musical portrait of an endlessly fascinating character.


The life and career of Broadway lyricist John Latouche have been woven together into a vibrant musical portrait of an endlessly fascinating character. As an openly gay man in the 1950’s, Latouche traveled in rarified circles that included many swells of the time. TAKING A CHANCE ON LOVE weaves together his spectacular lyrical output with candid entries from his personal journals to chronicle one of the most intriguing paths ever forged in the musical theater.
Largely considered a precursor of Sondheim, he wrote the lyrics for such landmark shows as CABIN IN THE SKY and CANDIDE and for such neglected gems as THE GOLDEN APPLE and the Carol Channing vehicle, THE VAMP.
His major breakthrough came with BALLAD FOR AMERICANS, which became a national sensation in its vision of an America that draws strength from its ethnic and religious diversity, long before the concept of “multiculturalism” was to be articulated. Ironically, he was blacklisted as un-American at the time. His musical BEGGAR’S HOLIDAY featured the first romantic interracial kiss in a Broadway musical, causing nightly walk outs.
Clearly ahead of his time in both his life and his work, Latouche died in 1956 at the age of 41.
REVIEWS:

“Clever lyrics from many a fine musical!”

“A sublimely gifted songwriter whose life illuminated the ironies of his times, his name adorns some of the most memorable songs in Broadway history…sublimely clever gems.”

“A fine show…Latouche’s work was of mostly extraordinary quality…TAKING A CHANCE ON LOVE is entertaining and valuable.”

“A marvelous show…a skillfully woven musical profile…to hear his songs is to experience penultimate rapture….One of the most sophisticated shows I’ve seen in a long, long time.”

“A perfectly engaging show…It made me eager for more of John Latouche.”