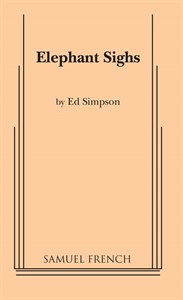 A meticulously crafted play about male bonding... Comedy and tragedy co-mingle in almost equal measure....a breathtaking recognition of the nature of need and the power of instinct.


Not long after moving to the small town of Randolphsburg, PA, uptight lawyer Joel Bixby is invited by Leo Applegate, an avuncular fast food connoisseur, to join a group of townsmen who meet in a ramshackle room at the edge of town. Despite protesting that he's just not an organizational man, Joel finds himself mesmerized by Leo's ebullient manner and agrees to drop by - without ever asking just what exactly it is the group actually does.
Joel's confusion only increases as, one by one, he meets the group's surviving members who include Dink, a perpetually gleeful little man who deeply loves his bald-headed wife; insurance man Perry, a former minister in the midst of a painful crisis of faith; and Nick, a volatile contractor who has recently lost his job and family and is desperately looking for some kind of miracle. As an increasingly anxious Joel is swept up in the strange lives of the guys, he struggles to figure out exactly why they've all come together.
As the evening progresses, however, the regulars - and newcomer Joel - grapple with their own disappointments, offer comfort to each other, and, in the process, finally reveal the mysterious reason for their gathering. A group of delightful characters highlight this comedy about loss, loneliness, and the healing power of friendship.
REVIEWS:

[Simpson is] exploring how these men use their ties with each other as a salve for their agonizing disappointments....Simpson isn’t poking fun at anyone...his writing is remarkably funny as well as perceptive and economical....

Heartfelt... thought provoking and enjoyable. There was laughter aplenty - laughter based on the accuracy of the play’s character-driven writing. Yes, there are many one liners in the Neil Simon tradition, but there are also five varied characters drawn with skill and perception.

A meticulously crafted play about male bonding...an incredibly nuanced and knowing play. Comedy and tragedy co-mingle in almost equal measure....a breathtaking recognition of the nature of need and the power of instinct.

Heartwarming... a compelling look at a group of men, it deals with life’s truly significant issues in a simple and forthright way... Inventive and thought provoking.

...a funny and touching comedy-drama.

Critic's Choice...Ed Simpson's riotous new male bonding comedy Elephant Sighs is deceptively unassuming... The mostly blue-collar characters speak in a hilarious hybrid of uneducated obtuseness and politically correct buzz words. Don't let the surface banality fool you. The emotions of these men, however imperfectly communicated, are agonizing, their need for comfort and companionship as acute as hunger and thirst.

Critic’s Choice... A sweet, gentle tribute to the simple cathartic wonders of friendship... Elephant Sighs, though often possessed with a wicked sense of humor, is disarmingly uncomplicated... A quietly gracious yet fascinating little play.

Ed Simpson’s comedy Elephant Sighs, is a warm, funny, and life-affirming tale... a sweet-spirited fable... The play’s keen ear for the dialogue of male-bonding rituals recalls the work of David Mamet... but Simpson has a gentler and delightfully quirky style all his own.

Premiere Production: Elephant Sighs was first produced by Keystone Repertory Theater,under artistic director Barbara Blackledge, on June 17, 1998. It was directed by David Zarko. The play was subsequently produced by the Occasional Theater in association with Jeff Murray, Nicolette Chaffey, and Theatre/ Theater at Theatre/Theater, in Los Angeles on August 29, 1998. It was directed by Michael Lilly.