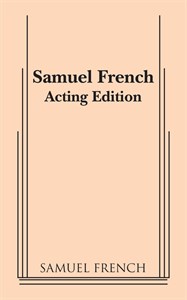 
Tracey Power's lively, youthful, and ultimately powerful adaptation of the Rudyard Kipling classic!
The Jungle Book is the story of a boy abandoned to the jungle, Mowgli, who must learn to find his place within the longstanding community of animals. Taught by Baloo the bear, Bagheera the black panther, and Akela the old wolf, Mowgli is enlightened with the sacred master words of the hunting people: "We be of one blood, you and I."
However, Shere Khan the tiger does not believe that Mowgli is part of the jungle only because he is a human. Mowgli must learn to abide by the ways of jungle law and stand up to the fierce Khan.

There's something that just screams' - and also howls, caws, roars, shrieks, hisses - theatre about the coming-of-age situation in which young Mowgli, the 'man-cub' of Rudyard Kipling's celebrated Jungle Book stories, finds himself...[The Jungle Book] introduces a whole bunch of contemporary resonances - including ecological themes, the notion of belonging, [and] the folly of judging worth by appearance.

Power has synthesized the stories into a clear and decisive one-act play.

The strength of the collective imagination is most definitely on display in Tracey Power's theatrical edition of The Jungle Book...the message of the importance of friends and family emerges effortlessly in this lush, colourful introduction to the ways of the jungle.

Premiere Production: The Jungle Book premiered in Montreal, Canada with Georgdie Productions in April of 2008 under the direction of Dean Patrick Fleming.