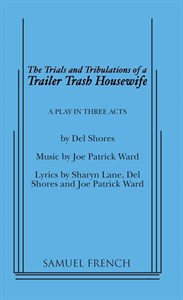 Trials And Tribulations of a Trailer Trash Housewife, The

A feat of breathtaking audacity.

Willi is the trailer trash housewife of the title, not necessarily of her own volition. Her abusive husband won’t let her get a job, one of her children is dead, and the other is verboten by her husband because he’s gay. Her best and only friend, a large black woman who lives next door, worries about her constantly, always concerned that Willi’s husband will end up killing her.

A new woman comes to live in the trailer park and ends up having an affair with Willi’s husband. When she finds out, Willi decides to get a job at the local Wal-Mart (a first step on the way to liberating herself from him). Her husband will have none of it, and quoting the bible about how a wife is supposed to obey her husband, threatens all three women with a gun, and then beats Willi to within an inch of her life. She recovers enough to finally shoot him, releasing her from the torment that she’d been living in for years.

A blues singer weaves songs into the action, commenting upon Willi’s predicament and urging her toward decisive action.
REVIEWS:

Shores manages to fully explore Willadean's horrific plight while infusing the work with such hilarity the audience is often reduced to tears and laughter within the same breath.

Premiere Production: The Trials and Tribulations of a Trailer Trash Housewife was originally produced by Sharyn Lane for The Zephyr Theatre in Hollywood, California, March 8, 2003.