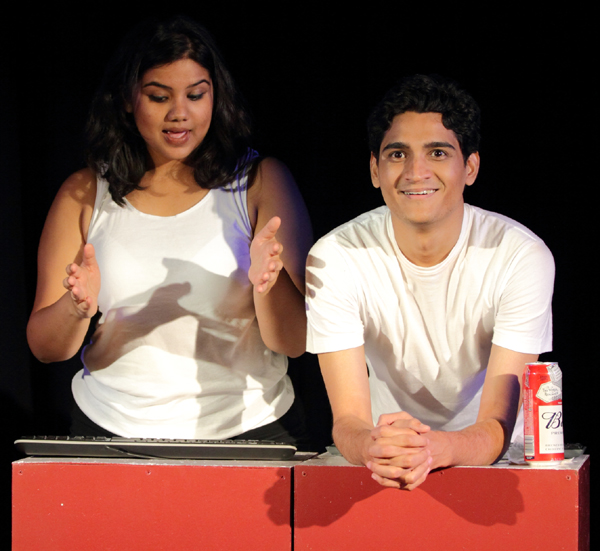 When Preston writes a furious letter to a store demanding a refund for a broken snow globe, he gets assistant manager Dahlia fired -- and finds a vengeful epistolary match.


When Preston writes a furious letter to a store demanding a refund for a broken snow globe, he gets assistant manager Dahlia fired -- and finds a vengeful epistolary match.

In this wickedly funny alternative to Love Letters, the two embark on an epic, often acrimonious correspondence as their lives intertwine. Whether Preston and Dahlia are joining cults, having breakdowns, shipping each other deceased lizards, or falling in love, Hate Mail is a two-person comedy full of surprises at every turn.
REVIEWS:

"The real danger in making a comedy with a format like Hate Mail is that if the script isn't written well enough, it could easily turn into some cheesy spoof of Love Letters, or 84 Charing Cross Road or any of a few other epistolary plays. Corbett and Obolensky have gracefully avoided this fate in a script that makes numerous clever brushes with social satire that provide a profoundly interesting look into the heart of the human communication."

"The script is clever, the pacing is crisp and the acting superb."

"Playwrights Bill Corbett and Kira Obolensky may have written the snappy, savagely satirical epistolary Hate Mail by snail mail and fax, but the anti-love story delivers laughs with the speed of a flaming e-mail... Corbett and Obolensky drip sardonic, hilarious acid from their pens, picking apart their characters with enviously articulate and explosively funny letter-grenades."

"Extremely humorous and literate script... I laughed so much it hurt."