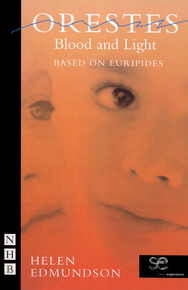 An explosive retelling of the most savage and powerful of ancient myths - the story of avenging siblings, Electra and Orestes.


An explosive retelling of the most savage and powerful of ancient myths - the story of avenging siblings, Electra and Orestes - premiered by Shared Experience Theatre Company.

As children, Orestes and his sister, Electra, were sent far away, banished by their own mother. Years later, the city must vote to determine their future, as they stand trial for her murder. Some say the killing should be met with banishment and that the cycle of revenge must be stopped. Others want blood...

Exploring the tragedy of human relationships set against the backdrop of war, Helen Edmundson's play Orestes: Blood and Light is based on Euripides' Electra.

The play was first staged by Shared Experience at the Yvonne Arnaud Theatre, Guildford, in September 2006, before touring.
REVIEWS:

"At once timeless and as topical as tomorrow's headlines... slams straight into the viewer's head, heart and gut."

"Euripides was the most profound and disturbing psychologist of the three great Greeks; and Edmundson and [director] Meckler blend his cruel insights and classical grandeur with a masterful theatrical intelligence."