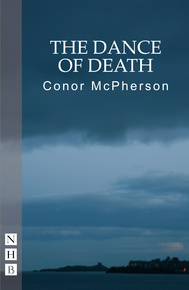 Dance of Death, The

On an isolated island, military captain Edgar and his wife Alice live a bitter life, their marriage soured by hatred. When the possibility of redemption and escape arrives for Alice in the shape of their former comrade Kurt, it seems that Edgar is prepared to use his very last breath to make their lives a living hell.

This version of The Dance of Death is available in the collection Conor McPherson Plays: Three.
REVIEWS:

"It's impossible to look away."

"A grotesque comedy that anticipates the work of theatrical absurdists such as Beckett and Ionesco... a profoundly seminal work."