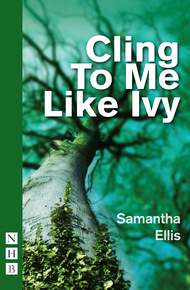 A sassy, offbeat comedy-drama about rebelling against your roots.


A sassy, offbeat comedy-drama about rebelling against your roots.

Rivka wants the perfect Orthodox wedding. With two weeks to go, she has the man, the dress – and the wig. But when doubt is cast on her wig, everything starts to unravel. Rivka finds herself far from home, up a tree and in the midst of an anti-road protest, not knowing whether she’ll be able to go back to where she came from… Or even if she wants to.

Samantha Ellis' play Cling To Me Like Ivy was inspired by a chance remark by Victoria Beckham in 2004 which sparked a crisis within the Orthodox Jewish community about the wigs worn by married women.

The play was first performed at The Door, Birmingham Repertory Theatre, in February 2010, followed by a UK tour.
REVIEWS:

"That genuinely rare beast, a popular comedy with heart, brains and the stomach to make some difficult choices."