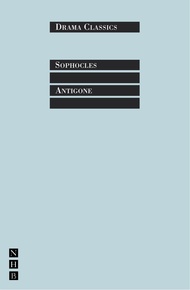 Creon, the King of Thebes, has forbidden the burial of Antigone's brother because he was put to death as a traitor to the crown. Despite being engaged to Creon's son Haemon, Antigone disobeys the King and buries her brother. Enraged, Creon condemns Antigone to death and buries her alive in a cave. The prophet Teiresias warns Creon against such rash actions, and eventually Creon relents – but when he goes to release Antigone it is too late: she has already hanged herself.

This version of Sophocles' Antigone is translated and introduced by Marianne McDonald.