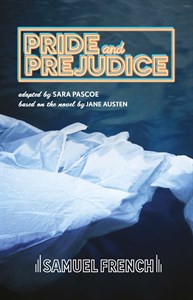 The Bennet family has more daughters than income and more income than sense. When an eligible bechelor moves to the neighbourhood Mrs. Bennet froths over with frenzied attempts to get her daughters married at any cost -- well not *cost*, they haven't any money, but no man is too rude, no soldier too untrustworthy, no cousin too annoying to be below consideration.

Beautiful Jane likes Bingley but has no way of letting him know. Lizzy hates Darcy and doesn't mind who knows it. Lydia and Kitty like soldiers and red jackets and the soldiers who are wearing them. Mary likes stationery.