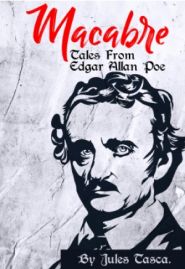 THE VALDEMAR CASE (3m, 1w)
The Valdemar Case is a science fiction story. Ernest Valdemar is a dying man. He had engaged a hypnotist, who has cured him of insomnia, to use hypnosis to keep him from dying. The hypnotist is convinced that this experiment will work. The experiment seems to work but takes hideous turns on the patient. At the conclusion, all that Valdemar can say from his hypnotic trace is: "I am dead." Erie and thought-provoking.

THE IMP OF THE PERVERSE (2m)
In, The Imp of the Perverse, a convicted killer is talking with his priest on the day before the killer's execution. The priest tries to bring faith to bear on the killer to mollify his last hours. The killer has no faith and desires no priest. The killer describes the details of his crime: a senseless, hideous murder of a family member. The family member never did harm to the killer. The killer explains the imp of the perverse, the propensity in man to act on irrational impulses. The killer lives well after the murder, but another impulse creeps into him, an impulse as strong as perversity -- guilt. It is only his own impulsive guilt that causes his capture and conviction. Frightening insights into how impulse is a controlling factor in human behavior.
THE SYSTEM (6m, 2w)
The last piece is based on Poe's only comedy, The System. This comedy succeeds in being both absurd and bizarre at the same time. James Collier, an American reporter, wants to do a story on the Maison de Santé, a mental institution in France, to find out how a successful mental institution is administered. The staff of the facility seems extremely eccentric to James Collier. When he asks about the patients, he finds that one thinks he is a tea pot, another fancied himself a donkey, another a Cordova cheese, yet another a leaping frog, and so on. In a surprise ending, James Collier discovers the reason that the Maison de Santé is thriving.