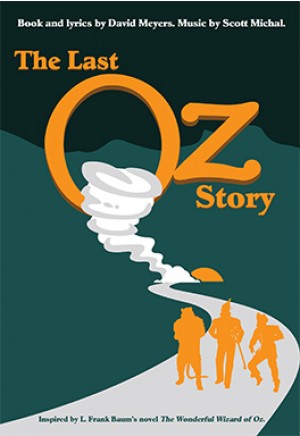 Forget the happy ending. There's a new witch in town -- Peloros, the witchiest witch of them all -- and since she arrived, things have gone completely haywire in Oz.


Forget the happy ending. There's a new witch in town -- Peloros, the witchiest witch of them all -- and since she arrived, things have gone completely haywire in Oz. The Munchkins, Winkies, Quadlings and other Oz folk are running around the Emerald City like they've totally lost their reason. And the Scarecrow with his great brain, the Tin Woodman with his big heart and the Lion with his enormous courage are powerless to stop it. In fact, they're part of the problem. What's to be done? There's only one person whom even the wickedest witches fear and that's Dorothy Gale. But no one, not even Glinda, know where she is. She just hopes that Dorothy hasn't forgotten that Oz needs her too.

Meanwhile, on the wrong side of the rainbow, a young woman has been admitted to a Kansas hospital for observation. Having just survived a tornado, she is trying to convince anyone who will listen that she is Dorothy Gale, just like in the fairytale. But no one believes her. Not the kind but absent-minded, Dr. Strohman. Not the stern but cowardly administrator, Ms. Leone. And certainly not her heartless caseworker, Ms. Tyndol, who has no room in her life for fantasy. However, Elise McKenna, a young reporter eager for a byline, suspects there is something more to Dorothy's story and is determined to get to the bottom of it.

With time running out, Dorothy must find a way to help her friends before it's too late. But how? She lost one of her magical slippers in the tornado, and she needs both if she is ever to get back to Oz and save the day. Will anyone believe her? Should they? Could this really be the last Oz story?

This original sequel to the L. Frank Baum novel The Wonderful Wizard of Oz is a funny and moving tale of friendship and redemption told through lovable characters, witty dialogue and unforgettable songs. And in the end, you will know the answer to the age-old question: What a girl won't do... for a pair of shoes!