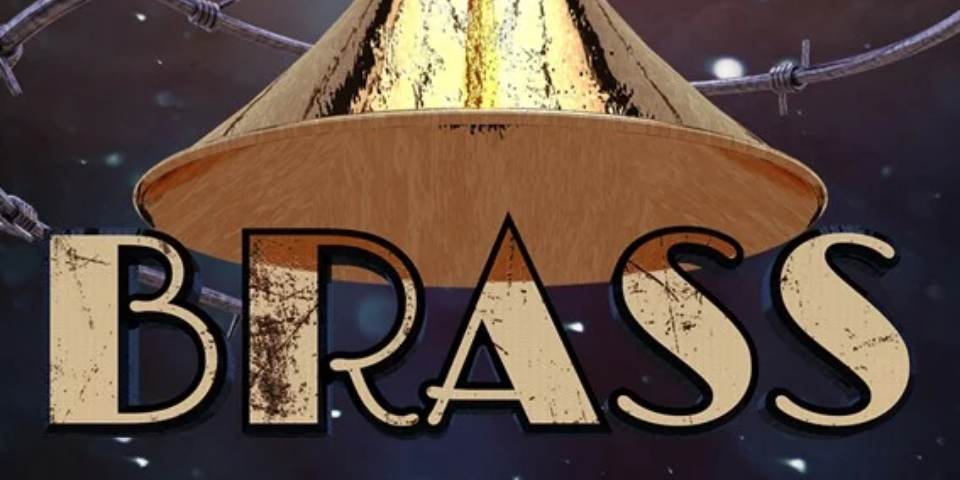 
Brass is set during the First World War, in the Yorkshire town of Leeds. It tells the story of an all-male brass band who sign up to fight as soldiers.
Whilst the lads are out in France, their girlfriends, wives and sisters, all munitions workers at the infamous Barnbow Factory, decide to learn the instruments their men folk have left behind. The plan is to reform the band as an all-female ensemble who’ll play for the men as they return triumphantly from war.
…But how many of the men will return?
The real Leeds Pals Battalion suffered unimaginable losses on the first day of the Battle of the Somme, and the heart was ripped out of their city.
Brass is one of those shows which needs to be performed with grit. It’s a story about real life working class lads and lassies in the North of England who were energetic, earthy, witty and unpretentious.
It’s a show about real people, so it has the potential to get under a performer’s skin. Brass allows actors to be highly emotional and to think about big themes like death, feminism and sexuality - sometimes for the first time. For a group of actors, it’s often not just a show - it can become an era in their lives which they remember for ever.
For many, the show is the first true connection they’ll have with the First World War. Brass humanises the conflict. It allows people to put names and faces to the millions who died in France. It also tells us what women were up to whilst their men were fighting.
The Barnbow Lassies were genuine hell-raisers who terrified men across Leeds. They were practical jokers. They were bombastic. They earned good money, so, for the first time in history, women were taking men out on dates. More than anything, they were brave. They did the backbreaking, dangerous work which men claimed they’d never be able to do. This is Edwardian Girl Power!
Central to the piece are two love stories, one of which involves two men. They fall in love in an era where gay love was forbidden. As a result, their relationship is subtly underwritten and requires clever actors who can play subtext. All young LGBT+ people are standing on the shoulders of characters like Alf and Tom, just as all 21st century women stand on the shoulders of the Barnbow Lassies.
One of the joys about Brass is that it has lots of characters. No one is ever bored in the rehearsal room. Everyone gets their moment.
Another positive about the piece is that, because the lads and lassies are usually in separate scenes, if you have two rooms to rehearse in, you can work on two scenes simultaneously… The director can be in one room with the lads working on book scenes, whilst the choreographer and MD rehearse dance numbers with the lassies.
The piece works especially well for students aged 16-25 because all the characters in the show are that age. The younger the actors, the more poignant the piece becomes.
A quick word about actor musicians. Brass is wonderful when performed with a smattering of real life brass players, both male and female. But it doesn’t have to be done like this. The overture can be performed by Alf’s band on stage… but equally, it can be used as a sequence where the men come into their band room and get ready to start a rehearsal without actually playing. Similarly, it’s fabulous if the character of Rosaline is played by a real life cornet player (or frankly any brass instrument - just change the references in the script) but it is equally possible to have her virtuoso moment played by a player in the pit orchestra. It is useful if you have someone on hand to teach the female cast the basics of playing brass instruments. It doesn’t matter if they don’t get very good! That’s makes the earlier scenes even funnier!
Above everything else, the one thing to remember is to respect the characters in Brass. There is truth in every one of them because every single character is based on someone who once lived. If you honour them, the rewards are huge.
I very much hope you’ll join the Brass family.
Learn more about Brass.

Read More
17 Jun
Stories of Women through the ages

A funny, moving look at what makes a life well-lived!

Bring the Mighty, Magnificent and Unbeatable to your stage!

Read More
12 May
Wonderful One Act Plays from Playscripts

Playscripts have some of the most popular one-act plays.

Read More
4 May
We want to hear from little CATS fans!

This riotous comedy follows Mole, Rat, Badger, and the impulsive Mr. Toad, whose antics land him in serious trouble.

One of the finest pieces of British musical theatre

A note from Benjamin Till, the writer of Brass.