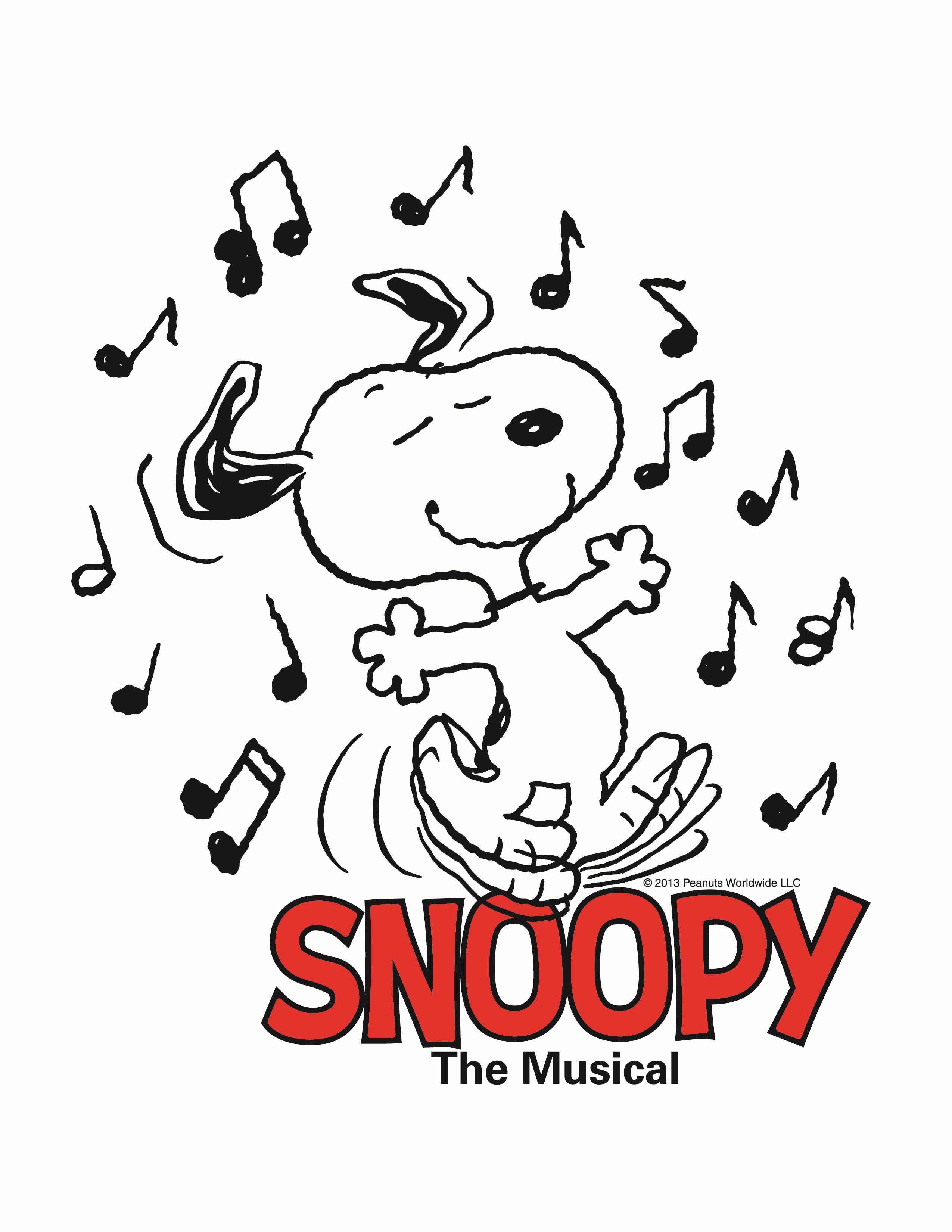 It’s remarkable! Fantastic! Entertaining! Yes, Charles M. Schulz has done it again. SNOOPY!!! the musical sequel to YOU’RE A GOOD MAN, CHARLIE BROWN deserves each of its three exclamation points. Based on the world renowned “Peanuts” comic strip, it delights every audience with the quiet knowledge and wit of its characters.
Musical numbers include The Big Bow-Wow, Don’t Be Anything Less (Than Everything You Can Be), Where Did That Little Dog Go and Daisy Hill.

Only the “Peanuts” gang knows how to delight an audience as thoroughly as they do in Charles Schulz’ musical creation SNOOPY!!! As the curtain rises each character enters in his own pool of colored light to join together in the first of many delightful numbers: The World According to Snoopy. The series of effervescent vignettes, songs and dances which follows, involves the audience in the entertaining world of these five-year-olds and their furry friend. After a brief discussion of why Charlie Brown has chosen Snoopy for a pet, we see the faithful companion atop his house. Lucy pats a hopeful Snoopy on the head and says “that’s the way, here then is a dog’s greatest reward, a pat on the head by a human being.” A dejected Snoopy, thankfully, finds his fluttering friend, Woodstock, still needs his advice; Woodstock has fallen in love with a worm. To this, the tender-hearted but amused Snoopy can only reply “that’s like me falling in love with a can of dog food!”
As the kids leave for the familiar schoolyard, we find Charlie Brown assuming the responsibility of his new role as Safety Patrolman. And, once in the classroom we are welcomed by the challenging yet ever-present true/false tests and book reports which taunt the minds of our young friends. The thoroughly enjoyable song Edgar Allan Poe explores the mystery of the teacher who only seems to call on you when you don’t know the answer to a question. This will surely prompt laughter from anyone who has ever been in a schoolroom. Such fairy tale scenes as Linus’ vigil in the pumpkin patch as he awaits the arrival of the Great Pumpkin are offset by the amazingly sophisticated exchanges which often occur between the characters. Or, as Lucy asks, “wouldn’t it be wonderful to have your whole life to live over, if you knew what you know now?” A charming number entitled Clouds then follows as the gang reenters and looks up at the sky where they imagine no clouds, but instead Mount Rushmore, dragons and twenty milk-white horses. After this inspiring, innocent song Snoopy enters as the Easter Beagle to hand out bright Easter eggs to everyone except Charlie Brown. A dejected Charlie Brown, musing on the new independence of his pet, is left alone on the stage to sing the moving Where Did That Little Dog Go? Snoopy is quick to realize that he must mend his ways and the curtain closes on a heart-warming note after the number Daisy Hill.
Act Two opens with Snoopy once more atop his house, this time as he types his latest creation. Unfortunately, “Playbeagle” has decided not to publish his manuscript, but Snoopy’s spirits remain undaunted even amid the throes of rejection. Lucy’s psychiatric booth soon makes an appearance, and she attempts to sort through Charlie Brown’s myriad of problems. Indeed, everyone will be inspired by Lucy’s exclamation that “each of us can be whatever she wants to be.” The familiar frenzy of Linus on wash day (without his security blanket), as well as a poignant exchange between Peppermint Patty and Charlie Brown in Poor Sweet Baby further elevate the enjoyment factor in this delightful comedy.
The gang’s energy and optimism is quickly transferred to each audience. The rousing number Don’t Be Anything Less Than Everything You Can Be will surely encourage each of us with its advice: “don’t be a feather/ be a bird and fly.” When Woodstock enters the scene to give Snoopy a letter, we find that our favorite pet has been named Head Beagle, an honor which Snoopy is proud to accept.
While sitting together, the gang begins a discussion of Christmas and innocence. Then, looking up at the starry sky before the closing number, Charlie Brown remarks “I think that there must be a tiny star out there that is my star…” Indeed, just as there is a star for everyone, SNOOPY!!! is sure to be the star on your stage.


Premiere Production: Snoopy!!! was created as a sequel to You're A Good Man, Charlie Brown and opened in 1975 at the Little Fox Theatre in San Francisco.