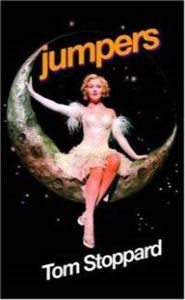 George is a professor of moral philosophy engaged in lofty debate. Unfortunately, his endeavors are interrupted by an investigation of the all too true rumor that the professor of logic, part of a team of gymnasts, was shot while performing in George's quarters.
REVIEWS: